Born in Sichuang Province in 1904, Jiang Zhaohe is one of the most famous 20th century painters in China and a contemporary of Xu Beihong and Qi Baishi 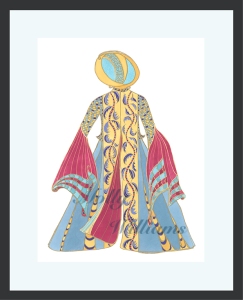 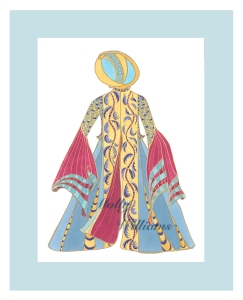 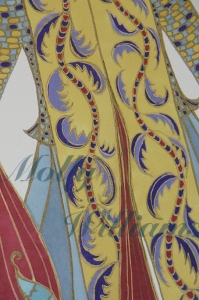 He studied with established masters such as Xu Beihong and Qi Baishi and mastered many  different modes of artistic expression, including sculpture.

‘Inspired by Mr. Jiang’s experience during the War of Japanese Invasion, the painting portrays the suffering of over sixty ordinary people during the war. The original piece is about 32m high and 30m long in total and was created in 1941. However, 10 metres of the picture was ruined and the remaining 20metres is now kept in the National Art Museum of China in Beijing.’

Jaing Zhaohe had had it in mind for a long time to record the suffering of refugees and the poor in an ambitious work, and is said to have lived for a year and a half in the slums of Beijing, Shanghai, and Nanjing before embarking on the Liumin tu. This huge scroll, two meters high and twenty-six meters long, contained over a hundred figures. To avoid attracting attention, he worked on it section by section. Finally completed in the autumn of 1943, the scroll was put on show in the Imperial Ancestral Temple in Taimiao. Within a few hours, Japanese soldiers burst into try to close the exhibition; so truthful a picture of life under the Occupation was offensive to the occupying power. Later that afternoon, orders came from Japanese police headquarters to take the painting down, officially because of the “poor lighting” in the hall.

In the following summer, Jiang Zhaohe took the scroll to Shanghai for an exhibition in the French Concession. A week later, the Japanese “borrowed” it. It then disappeared until 1953, when it was discovered in a warehouse in Shanghai. By that time, the second half of the scroll was lost–destroyed, it was said, by a Japanese officer–and today exists only in photographs. The surviving half was badly damaged.

A Chinese critic has called the Liumin tu China’s Guernica. But here is none of the screaming horror, the pitiless cruelty of Picasso’s work. Suffering and despair, the dying and the dead, are here rendered with a quietness that is far more tragic, because it is more human. It is fortunate that it is the first half that has survived, for it has more variety and movement than the lost section, and the figures seem less posed. Taken as a whole, it is a deeply moving work. Art and Artists of Twentieth-Century China.

Fortunately Jiang Zhoahe took pictures of his masterpiece and a replicated version was painted by his students based on the photos to pay tribute to this virtuoso in the 90th anniversary of Mr.Jiang’ birth in 1994.