Ottoman children’s kaftans of the late 16th and 17th centuries. 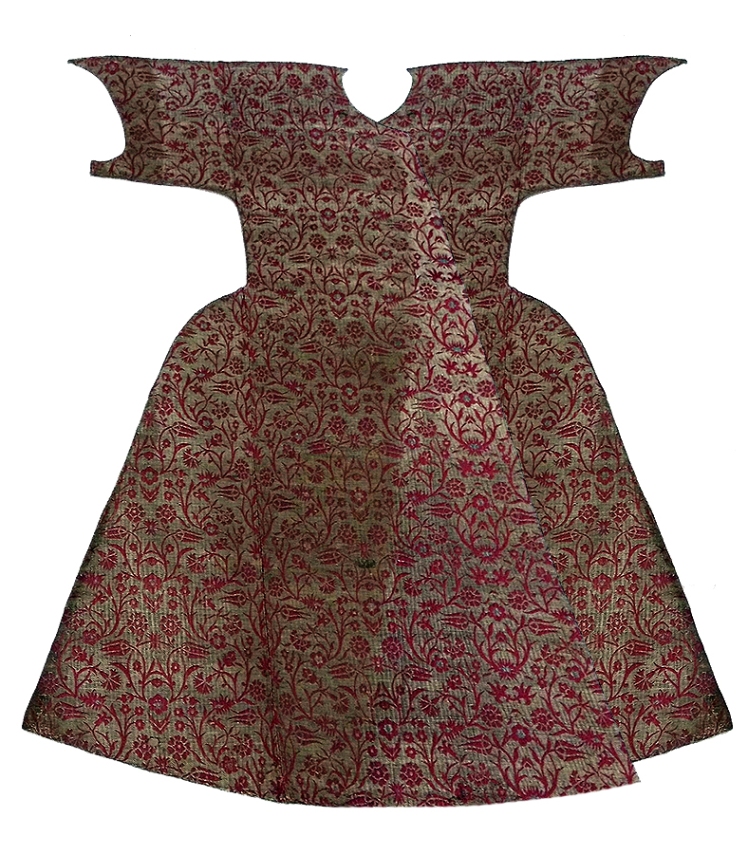 The V&A  collection of children’s kaftans were worn by Ottoman princes who died in childhood. These luxurious kaftans were placed over the graves of the deceased children and preserved in the imperial tombs. In 1595 the nineteen younger sons of Sultan Murat III were executed on the orders of their half-brother Mehmet III on his succession. The killing of younger heirs of the sultanate evolved to prevent any struggling for succession (interesting that this is also practiced by male lions that kill the cubs when taking over a pride). This cruel practice was never repeated after 1595.

Predominantly white and red with touches of blue and yellow. Green was rarely used as there were no natural green dyes – green was produced by over dyeing yellow yarn with a blue dye. Red is used for the warp but never the weft – why?

Geometric design were still used in the 16th and 17th centuries 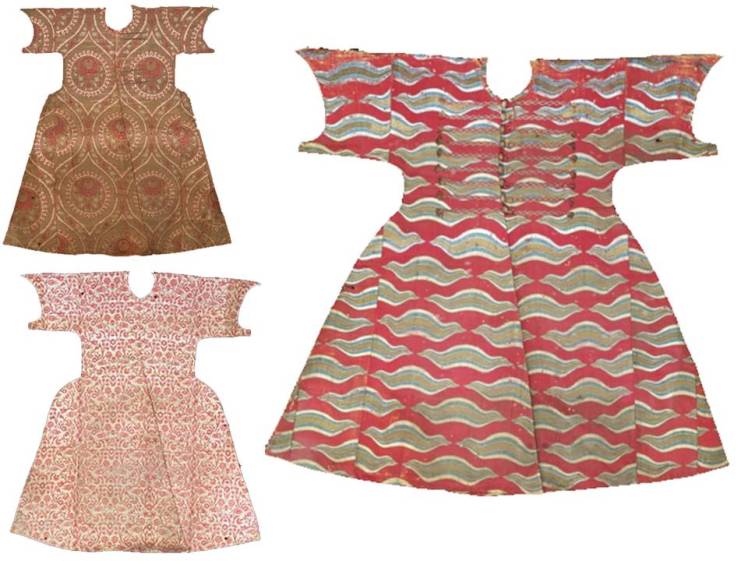 Kaftan patterns for the children’s kaftan 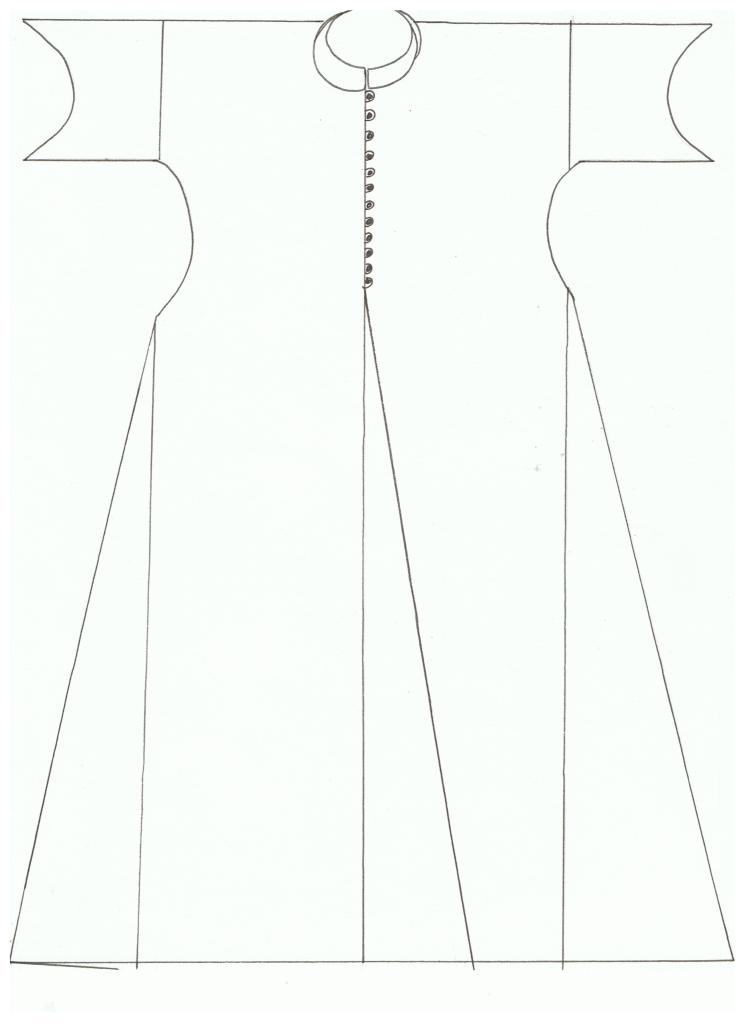 My drawing for digitally printed fabric informed by Iznik design 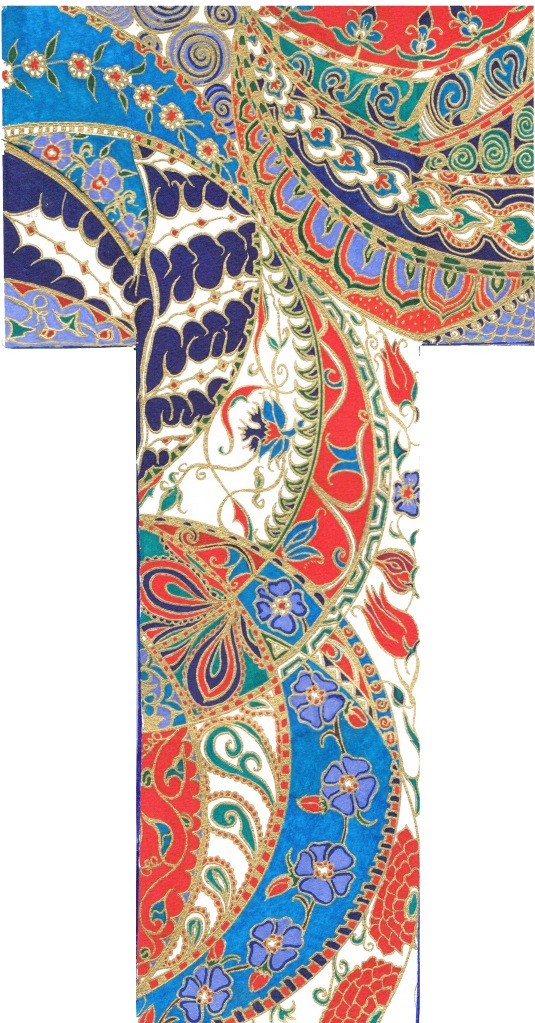 I have enlarged the child’s kaftan and ajusted the shape to fit a size 10 (UK) woman. 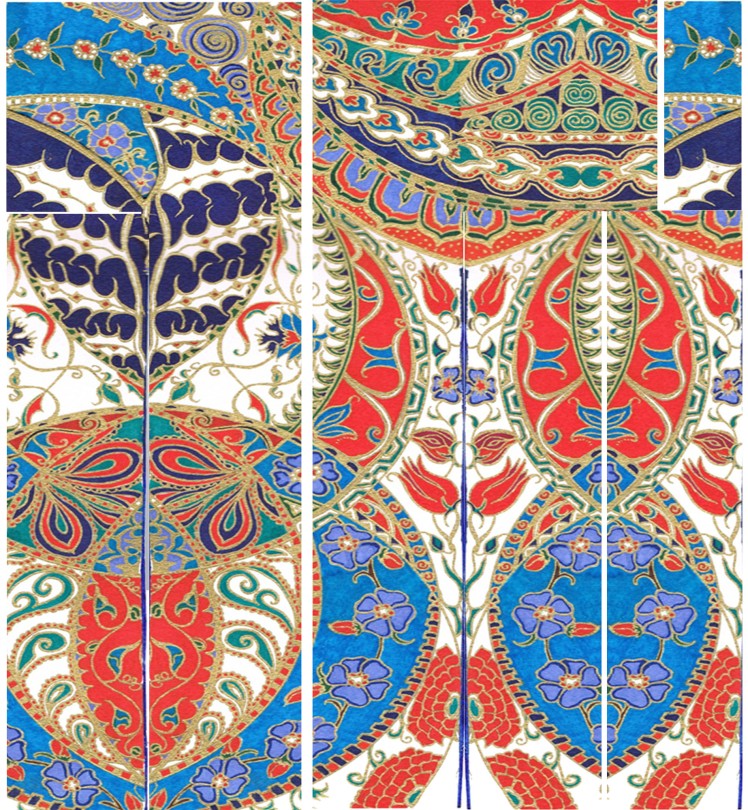 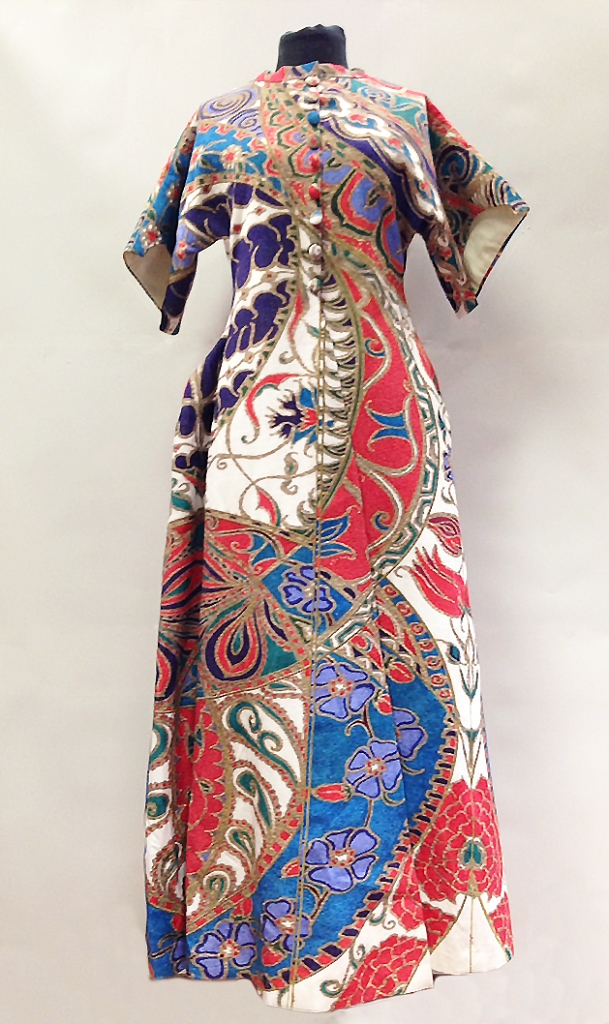 An overview of women’s clothing

Plates of ancient and period Persian and Turkish clothing

Scarce J. Women’s Costume of the Near and Middle East. Routledge Curzon. London. 2003